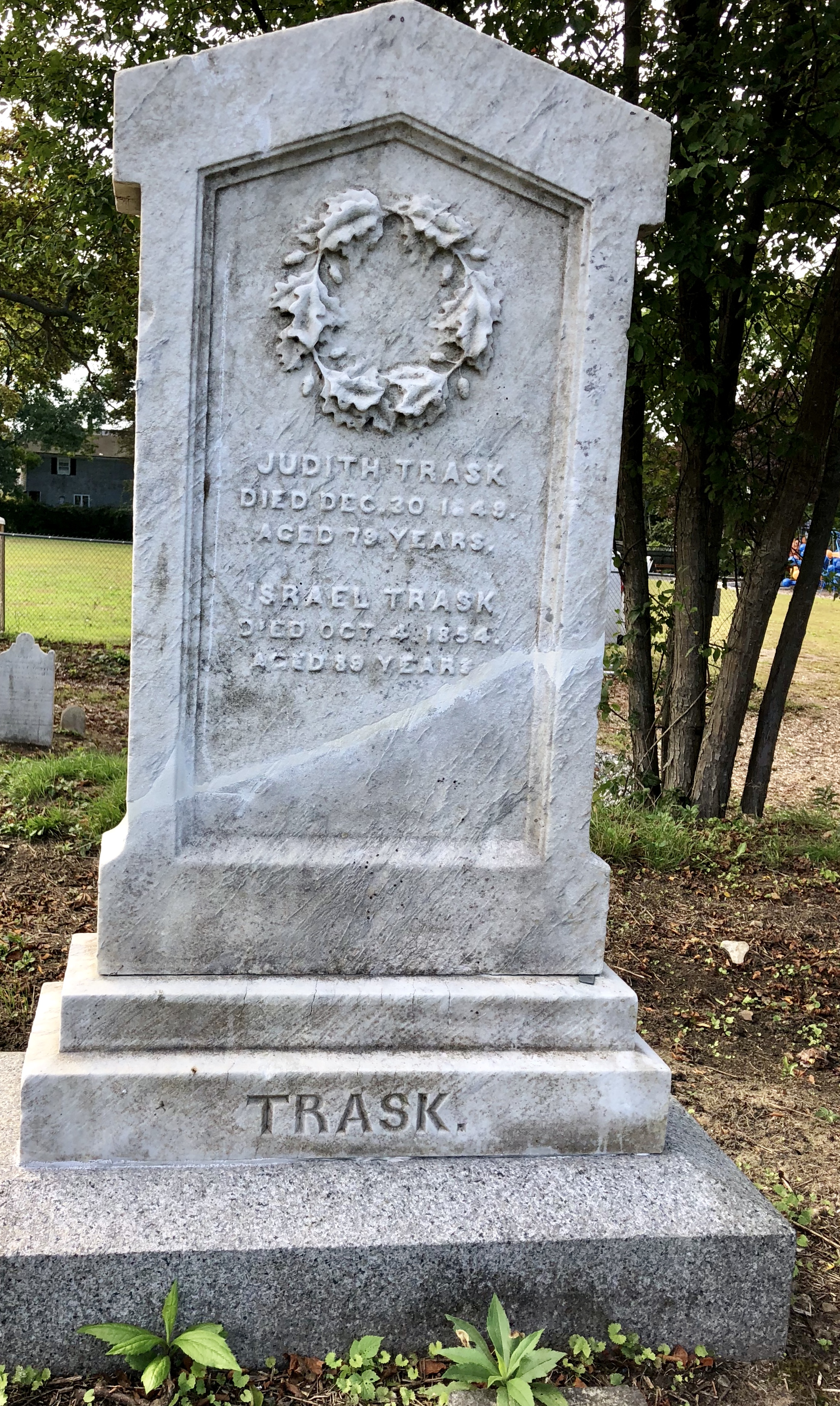 Trask enlistment July 11, 1778 (approximate age 13 years) in Capt. John Dodge’s Company.  He served in the regiment of Col. Jacob Gerrish which was stationed at

Winter Hill (Somerville, MA) in 1778.  At Winter Hill they guarded the prisoners of Burgoyne's army, where they had to formally petition just to get food and supplies.

Israel Trask served 5 months and 6 days and was discharged on December 16, 1778.

The City-Owned Cemeteries Advisory Committee shall consist of three members and up to two alternates, all of whom shall be residents of the City; one non-voting advisory member who is engaged in either the funeral, monument, or florist business; and the DPW Director or his designee as an ex-officio. All appointments are to be for three years and made by the Mayor subject to the approval of the City Council. Member terms shall be for three years.

The Committee may propose regulations relative to the management of the City-owned cemeteries subject to the approval of the DPW Director and the Mayor under Charter Sec. 7-16(b) and approval and adoption by the City Council.