In addition, unleashed dogs shall be allowed on Good Harbor beach from October 1st to March 31st annually, only on even-numbered days. Please note that the previous date of April 30th has been changed in accordance with a recently adopted City ordinance as well as state and federal laws protecting nesting areas for piping plovers.

In addition, unleashed dogs shall be allowed on Wingaersheek Beach from October 1st to April 30th annually, only on odd-numbered days.

Unleashed dogs shall be allowed on Plum Cove Beach and Cressy Beach in the off season from October 1st to April 30th annually.

Dogs are allowed on "Crab Beach" off-leash at all times subject to the conditions contained in GCO Sec. 4-16a.

All Other Public Beaches

$300 per violation. Fines for violations will be double in season for beaches and other off-leash areas as determined. (GCO Ch. 4, Sec. 4-16a)

A dog owner shall pay a penalty of $10.00 for any dog whose license fee has not been paid by the current licensing renewal year. Any dog not licensed for the previous year will need to pay for a previous year’s license as well as the late fee of $10.00. (GCO Ch. 4, Sec. 4-22(b))

Dogs must always remain under the control of their owner or keeper. 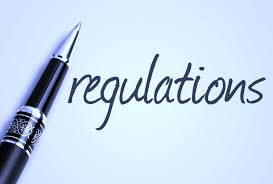 Recent changes to the Gloucester Code of Ordinances regarding dogs are listed below: